Structure of Data in the Snowflake Data Warehouse

Snowflake is a cloud data warehouse that you can use for storage of your enterprise data or your data repository. It is a truly SaaS offering, which means that you do not need to install any hardware or software to use it, and the management and maintenance of the warehouse is handled by Snowflake itself. Its micro-partitioning and data clustering features also take care of the query performance and table optimization for data storage.

Snowflake separates data storage from the computing functions, which allows you to scale each of these independently. Its architecture consists of the three distinct layers of: 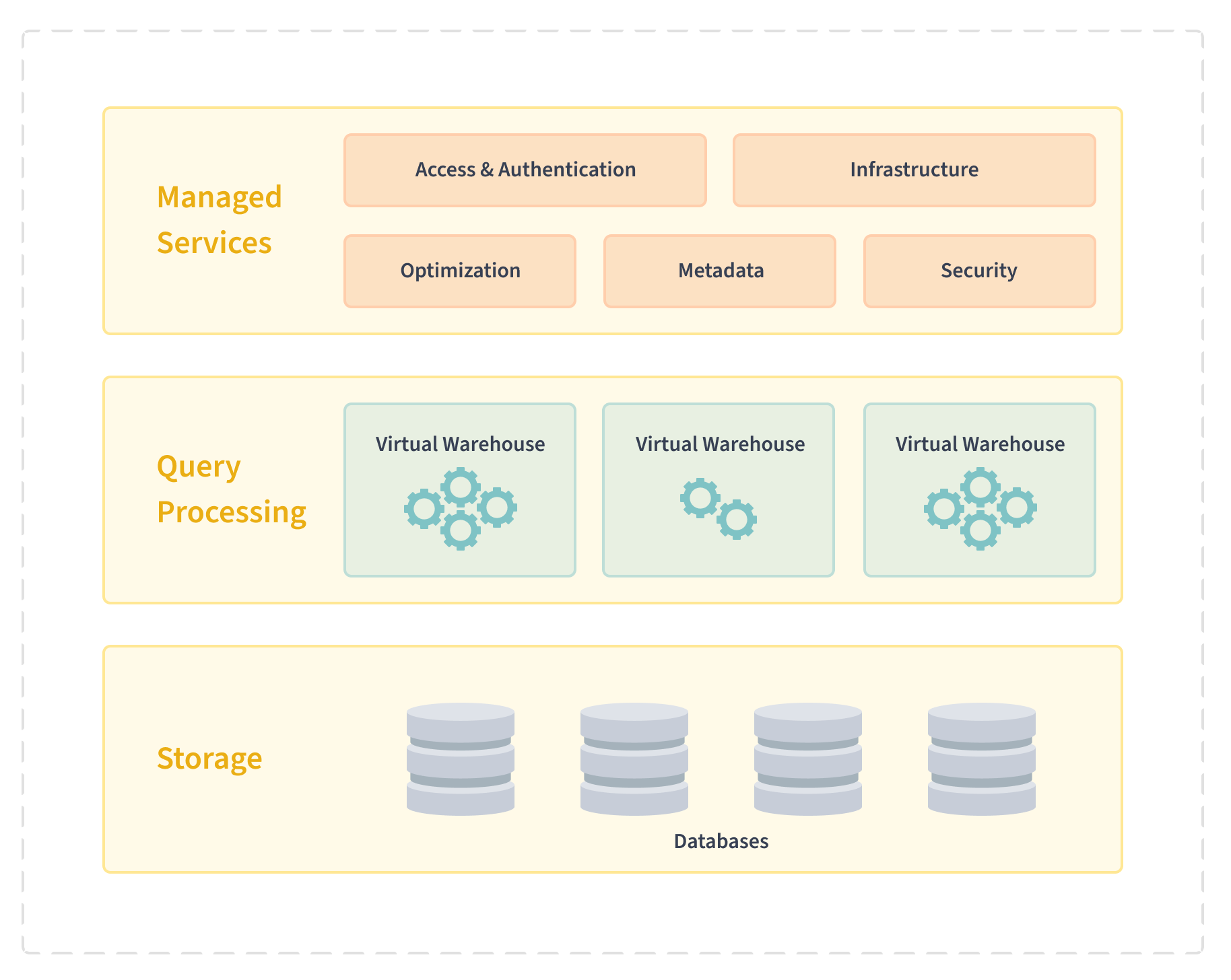 When you create a Pipeline, Hevo ingests the data from your Source, saves the data in JSON format on its server, and loads it to an S3 location, from where, the data is then loaded to Snowflake in columnar fashion.

Once the data is loaded safely to your Snowflake Destination, it is deleted from these locations.

Consider the following Event ingested from a webhook Source, where the metadata field is of type, string.

When Hevo writes the data to S3, this Event appears as follows:

You can verify the data type of the final data through the Destination Workbench in Hevo. For example, in the following image, the metadata field from the above query is loaded as Variant data type that supports JSON data. 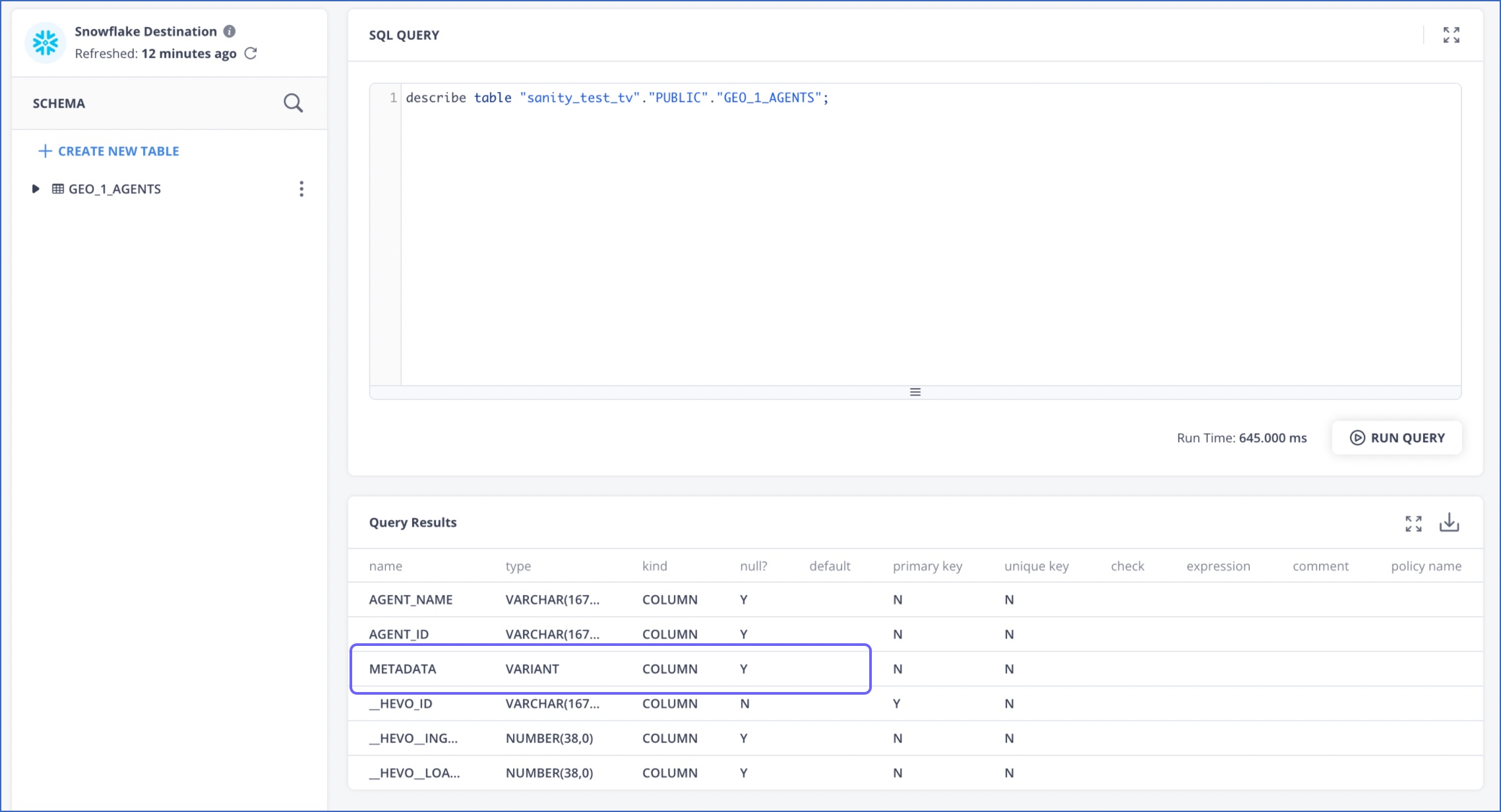 The data warehouse schema can be seen in terms of a dimensional model in a star formation, composed of a central fact table and a set of surrounding dimension tables that hold second-level or child data for each respective dimension or data in the fact table. The snowflake schema is a variation of the star schema. 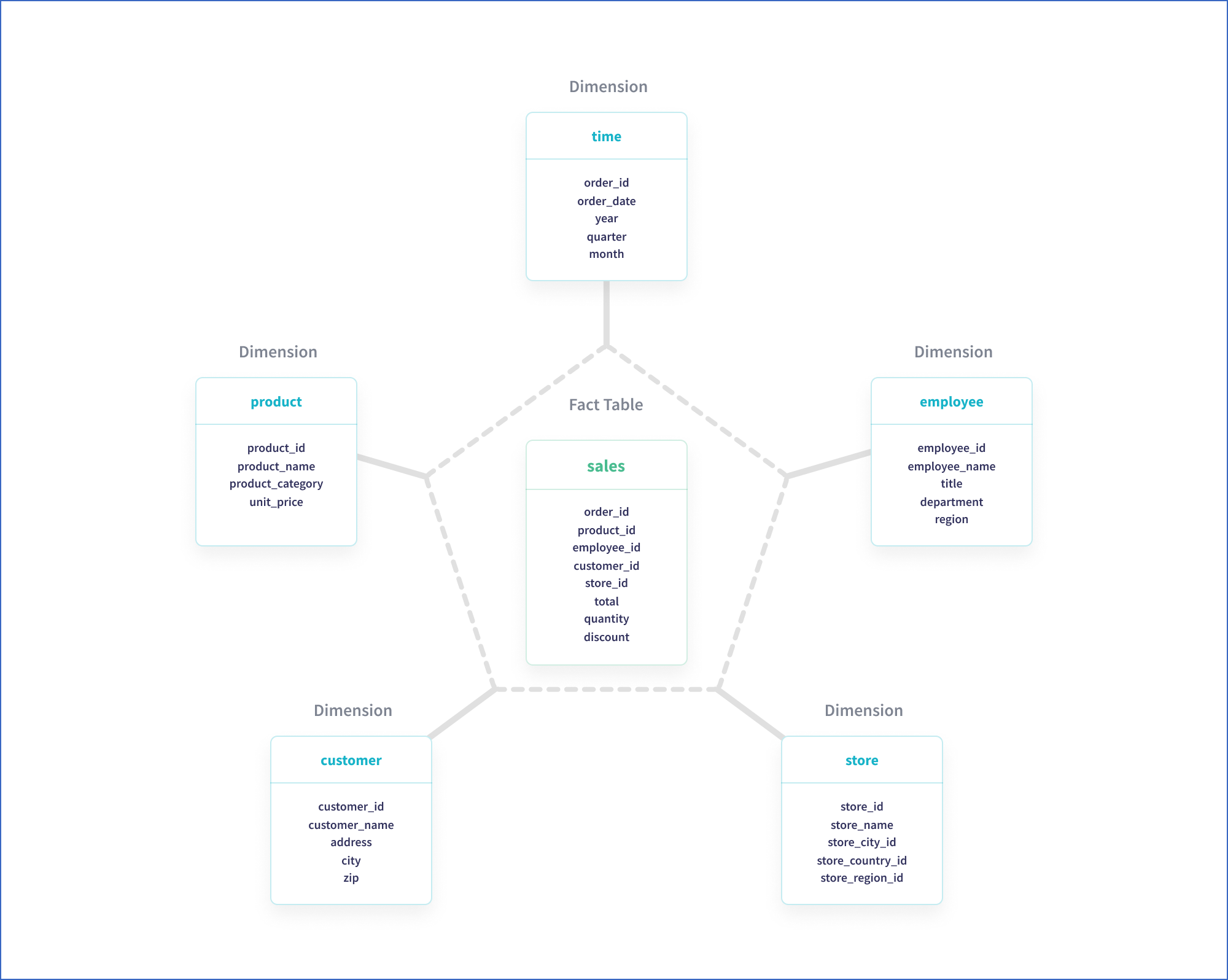 In the star schema above, sales is the fact table, holding key information about the sale. Details of each information item become a separate Dimension table, such as, time, product, and customer.

The snowflake schema is a variant of the star schema, where each dimension of the star can further have a star schema of its own. This formation normalizes, or further expands, the dimension tables, thereby further splitting the data to remove redundancy. 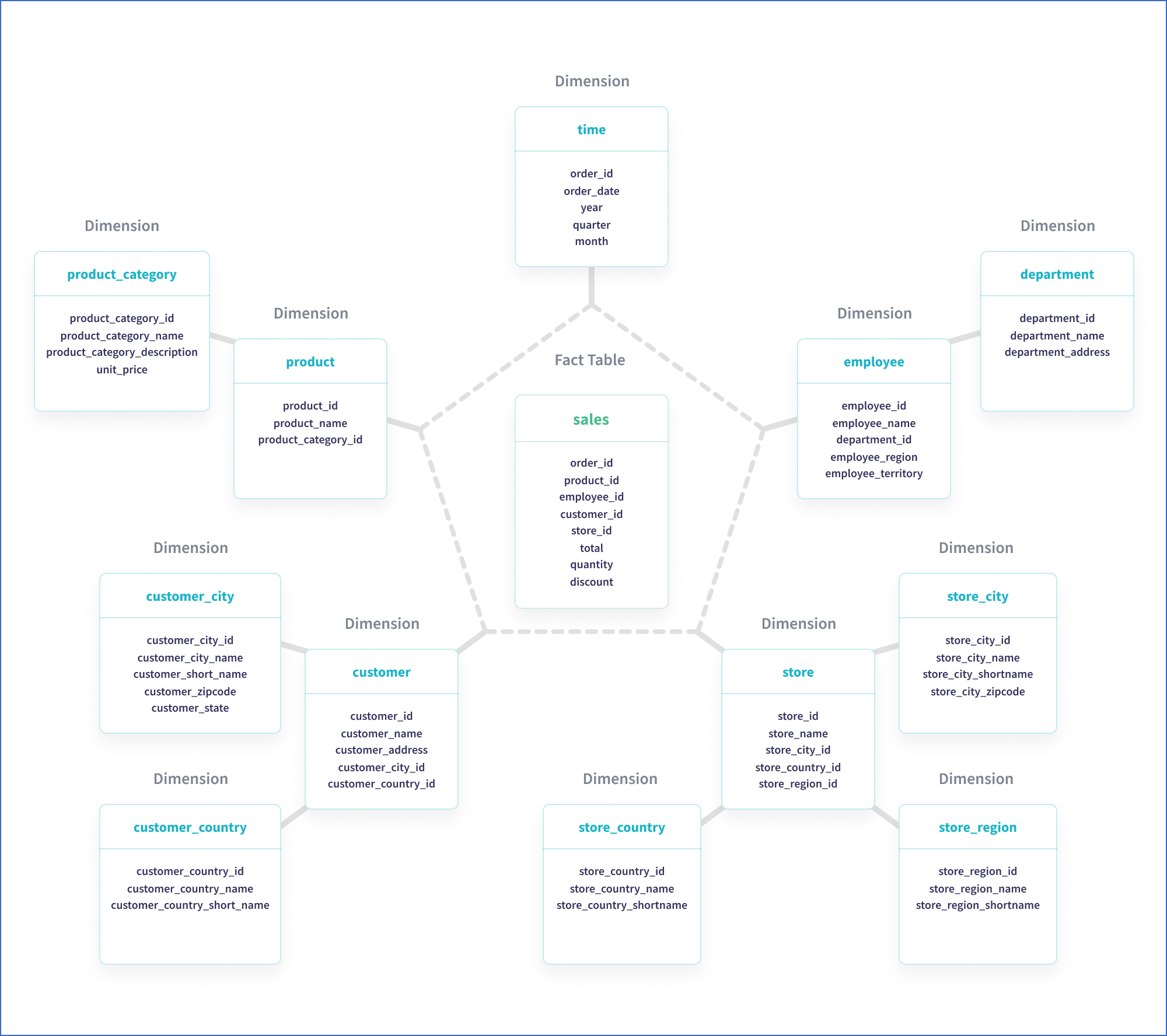 In the image above, each dimension table, such as, customer and store, is further expanded to break down the information into its simplest representation.

A snowflake schema provides the advantage of space saving by removing redundancy, while also leading to the disadvantage of needing more joins to execute an SQL query while fetching or loading data.

Snowflake identifies the rows related to a query by using the metadata it maintains about the rows stored in the micro-partitions.

Snowflake automatically uses clustering to order and sort the data within a micro-partition. With clustering, the data stored in the tables is ordered on a subset of some of the columns that can be used to co-locate data. Snowflake collects clustering metadata for each micro-partition created during data load. This metadata is then leveraged to avoid unnecessary scanning of micro-partitions.

You can also define your own cluster keys to keep the frequently accessed data in the same micro-partition for faster retrieval, or, if your queries are running slower than normal. However, manually assigned cluster keys override Snowflake’s natural clustering for that table and require Snowflake to use additional compute resources to reclassify the data. Therefore, this incurs a cost for you in the form of Snowflake credits. Snowflake credits are used to pay for the consumption of resources on Snowflake. Read Understanding Virtual Warehouse, Storage, and Cloud Services Usage for more information.

The Snowflake architecture includes caching at various levels to help speed up the queries you run on the data in your Snowflake Destination and minimize the costs. For example, when a query is executed, Snowflake holds the results of the query for 24 hours. So if the same query is executed again, by you or another user within your account, the results are already available to be returned, provided that the underlying data has not changed. This is especially beneficial for analysis work where you do not need to rerun complex queries to access previous data or when you want to compare the results of complex query before and after a change.